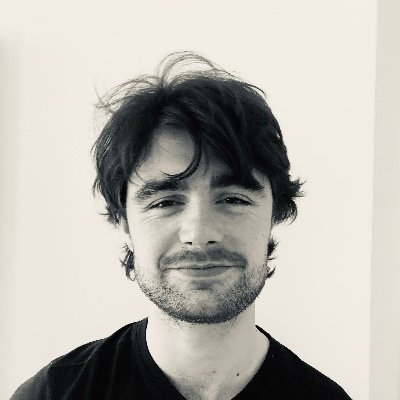 Hi. I’m a London-based journalist focusing on investigations and criminal justice reform. I have a Level 3 Gold Standard NCTJ diploma, and my writing has appeared in the Sunday Times, the Sunday Telegraph and the i. I have previously lived and worked delivering aid in a refugee camp in France, and for an NGO in Rajasthan, India.

Resilience - Understanding the journey from trauma to crime.

The UK has the highest prison population size as a proportion in the EU, and one of the highest rates of reoffending in Western Europe. Political efforts in the Netherlands and Scandinavia to better understand criminality have shown to effectively reduce these numbers.

Jo Flynn was 15 years-old when she first saw her grandfather Eric on the deck of a Dunkirk Little Ship. It was 1990 and at a boat festival in Henley-on-Thames where he lived.

Through the kitchen window of his two-room apartment, Rohan Patil watched a pair of health workers carry a loaded stretcher into an ambulance in the dusty sunlight. A crowd had gathered, sixty strong, many shoulder to shoulder. "When is the vaccine coming?"

A British soldier served in the Middle East for two years, but PTSD has left him serving even longer homeless. Corporal Geoff Richardson served in the British Army’s catering division from 2011-2014. He was active in both Iraq and Afghanistan, including a two year tour in Basra, Tikrit and Kabul. Today, he lives hand-to-mouth, moving from pavement to bench to doorway in and around East Croydon, in a country where there are nearly 6,000 homeless veterans according to The British Legion.

By Jay Burgess As the UK finishes marking both Refugee Week and World Refugee Day, one advocacy campaign is gaining mainstream traction. Lift the Ban, an award-winning coalition of 200 members, is campaigning to give asylum seekers in the UK access to work. Work allows asylum seekers to provide for themselves and their families with ...

The number of those serving controversial indeterminate sentence for public protection has plateaued due to a sharp rise in recalls and continued slowing of releases.

'I organised raves in '90s - I wouldn't be putting on parties now': Promoters on illegal events

"Personally, I wouldn't be putting on parties now," says Steve Bedlam - who has spent 30 years putting on parties. Steve threw his first rave in 1992 at Holloway Road in London, and it drew 700 people. The next one, 2,000. By the summer of 1992, the Bedlam Sound System's parties were bringing in 3,000 people every weekend.

The RAF were not the underdogs portrayed in the Hollywood take on the Battle of Britain, said the Imperial War Museum, as it was announced that an original operations room will open to the public. The aerial battle between the RAF and the German Luftwaffe was never an "underdog story" and obscures British technical and operational prowess, it was claimed.

Solitude And Servitude In The Pink City

Where I sat by oaks, and started to count my breaths. Which led to nothingness. Which led to here. Heat, dust, and a schoolbus, heading deep into a desert.